Ten years ago, the largest data center infrastructure end users, which would go on to become today’s highly recognizable tech giants, began to investigate the concept of customized server infrastructure for their specific needs — a niche market the incumbent hardware suppliers could not or would not participate in.

At the same time, the System Integration Division within SYNNEX read the writing on the wall and decided to target that niche. Starting to work with a large cloud provider in Texas, soon followed by Facebook, the company found itself at a critical inflection point. Massive growth at the social media company caused it to rethink all of its operations and infrastructure around data centers. Without a leap in efficiency, the service’s growth couldn’t be sustained. Two years of collaborative engineering and design at Facebook, with SYNNEX participating in the early design and integration work, yielded what became Facebook’s current state-of-the-art data center in Prineville, Oregon. In April 2011, Facebook and others made these designs public and incorporated them into the Open Compute Project Foundation, revealing to the world the core integration team that had developed and demonstrated its integration expertise in these breakthrough data center concepts.

The message was clear: If these greener, ROI-boosting concepts worked for Facebook, they could work for any hyperscale organization. And because every hyperscale group has its own unique twists, they needed an integrator able to accommodate those special adaptations. Thus, Hyve was born from SYNNEX in 2011, and our phone hasn’t stopped ringing since.

Ten years ago, we were admittedly a very proficient and efficient integrator. But as the market and our customers changed and became more sophisticated and ambitious, we increased our investments beyond integration and more aggressively into design. In 2019, we took another large leap in our capabilities with the creation of Hyve Design Solutions. This investment allows us to further deepen our design capabilities, add additional IP along with SMT lines that would allow us to be a fully vertically integrated ODM.

As we have grown and invested not only our technical capabilities, but also in our imperative to become a thought leader in the space, investing in solutions for today, the next five years and beyond. Over time, our customers evolved, requiring them to branch out from beyond the large-scale data center landscape, into the Edge and on premise cloud environments. This, in turn, has dovetailed well with our further investments in Hyve Global Unified Services (H.U.G.S.) which allows for the deployment, service and decommission at the Edge. Our Velocity NPI (VNPI) program, our Engineering Lab Test Automation (ELTA) and our Quick Turn Prototype lab (QTP) allow us to innovate quickly to develop products that can operate in distant and more unpredictable environments.

Hyve thrives in these dynamic market changes and is committed to meet the needs of customers and partners today and beyond. 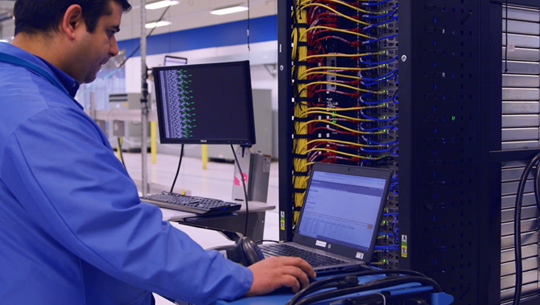 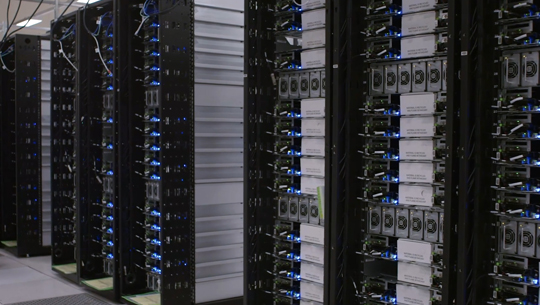 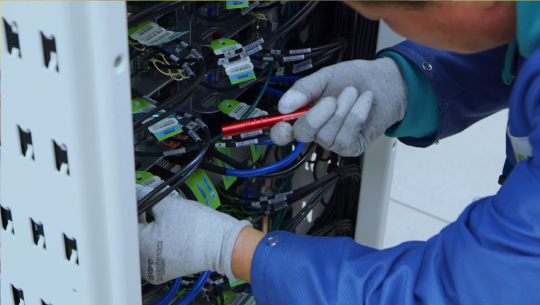 Hyve operates multiple manufacturing sites around the world: two in the U.S., one in Europe, and two in Asia. In addition, our executive staff is also placed globally with our VP of Manufacturing in Europe and our VP of Engineering in Asia, allowing for real-time, around-the-clock decision making and on the ground collaboration.

Moreover, Hyve’s parent company, SYNNEX, has distribution locations on every continent. As a result, we have deep expertise in setting up Importer of Record (IOR) entities and assisting clients with shipping to anywhere in the world, as well as deploying and servicing those shipped solutions.

A company without actively promoted and encouraged values is a ship without a rudder. Values shape how we get up in the morning and conduct ourselves throughout every day. Knowing this, we at Hyve articulate our values in a short list of five foundational concepts. These concepts keep us on target and are key foundation tenants that drive our behavior to provide the best customer experience. 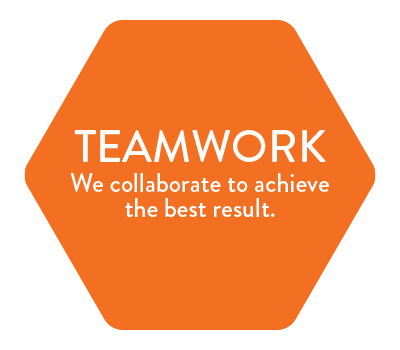 Collaboration permeates everything we do at Hyve. When Hyve engages with clients, we focus on establishing a combined team to promote deep understanding and smooth workflow. Teamwork with our vendors enables more aggressive pricing and steadier component supplies. At Hyve, we see over and over how open communication and fervent collaboration create amazing results. 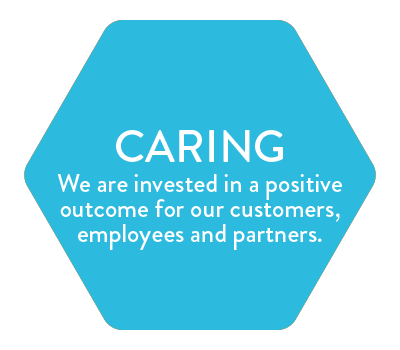 This includes caring for customers as well as our employees. It’s about looking clients in the eye, learning about their true needs, and creating solutions for them, even if those solutions don’t yet exist. In many cases, we invested in new innovative solutions at the request of our customers. 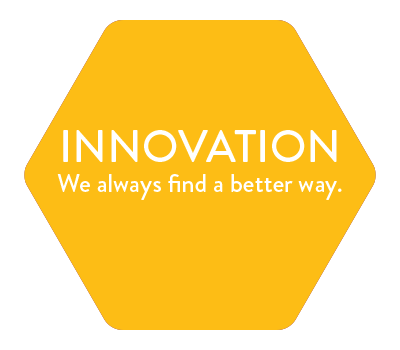 Every customer challenge presents us an opportunity to innovate and create novel value. Unlike conventional Tier 1s, we might not be able to apply those innovations across all our clients — in fact we’re often contractually bound not to share these advances. That’s fine. Our goal is to design ways for each client to be more scalable and efficient according to their specific needs. Innovation is how make sure the customer wins first. 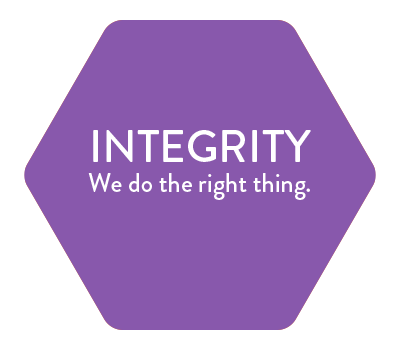 Everyone has an internal compass that points to the true north of integrity, the willingness to do the right things in the right ways. At Hyve, we provide an environment where integrity can thrive and where employees can make smart decisions in customers’ best interests. We’re in business to help people, and the surest way to make that happen is by making every decision through the lens of integrity. 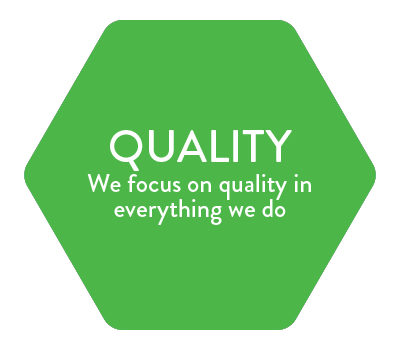 Most companies claim to value quality; few define what it is or how they pursue it. Yes, infrastructure quality can be defined as the uptime and performance metrics of thousands of servers deployed at a site, and of course we take great pride in our results on those fronts. But quality is also about the ease and utility of our documentation, the depth of our analyses, and the caliber of our people. Perhaps most of all, Hyve thinks of quality as the impulse and actions toward constant improvement, no matter how good things already are. Every day, we work to be the highest-quality infrastructure provider in the world. 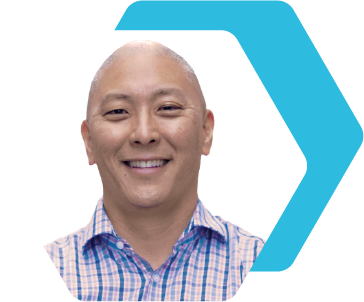 In 2009, SYNNEX’s System Integration Division, focused heavily on the server/storage/appliance market as demand for custom servers in large-scale deployments, ignited. This prompted SYNNEX SVP and general manager, Steve Ichinaga, and a small team to create a new group better able to meet this niche’s unique needs. The group’s custom hyperscale server business exploded after Steve led a partnership with Facebook, which in turn fed into the creation of the Open Compute Project and this SYNNEX group becoming the world’s first OCP Solutions Provider. Steve officially founded Hyve Solutions, a wholly owned subsidiary SYNNEX Corporation, in 2011. He currently heads Hyve Solutions as well as engineering-focused Hyve Design Solutions, founded in 2019 to deepen and strengthen the team’s total value to hyperscale datacenter customers. 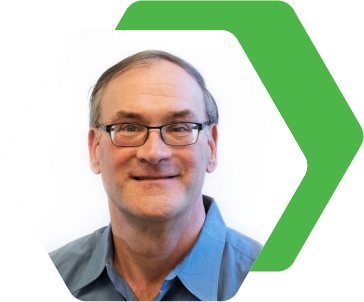 Doug Bone has been launching and growing server companies for over 25 years, starting with the world’s first Linux server company, VA Linux Systems, in 1994. With a Master’s Degree in Electrical Engineering from Stanford University, Doug helped the industry migrate from proprietary systems to x86-based Linux servers. Today with Hyve, he’s pushing the industry again, from commodity systems to open but highly customized platforms for hyperscale applications. 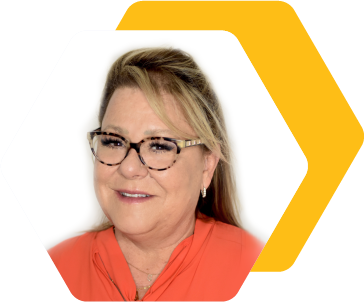 Now entering her fourth decade with SYNNEX, Gina Rugani has helped the company on its long march from 3,000 to over 200,000 employees, problem solving through growth challenges at every step. Equipped with a UCLA education and indelible sense of loyalty and humor, Gina works with business units from purchasing to IT development to program management. She helped build the software system that runs SYNNEX and Hyve today. 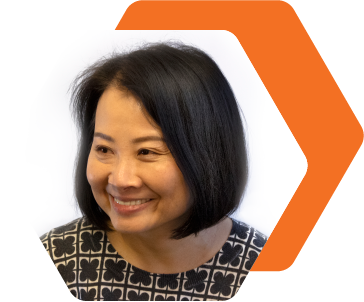 From programming to sales to product management to supply chain and sourcing management, Sarah has grown with SYNNEX and Hyve for over 20 years. The common denominator of her career, conducting customer and partner relationships with the utmost integrity, mirrors Hyve’s value’s and helps the company’s supply chain succeed with both lead time and a focus on cost reduction. Sarah has also led the charge in further mitigating supply chain risk and costs through forging relationships with 2nd and 3rd tier suppliers, around the globe and around the clock. 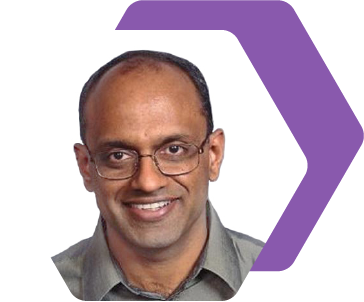 With electrical engineering education from Purdue University (PhD) and the Indian Institute of Technology Bombay (BS, MS) and through nearly 25 years in the computing industry, Jay has seen and enacted a lot of transformations. With his experience in the semiconductor, systems and hyperscale service provider industries, Jay has a broad perspective on transforming how hardware is designed and deployed. He began as one of Hyve’s first customers in early 2012 and joined us in 2018 to set a new direction in our hardware and software engineering to better meet customer needs. 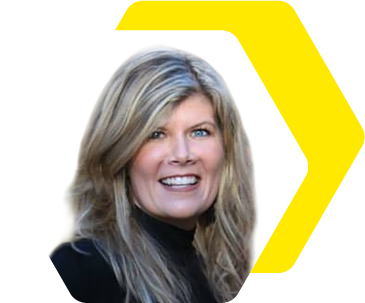 Since joining in 1999 Dawn has held sales, product, operational and leadership roles throughout her career at  SYNNEX and Hyve. She is responsible for continued management and design of Hyve’s ERP and manufacturing platforms, business operations, training and help desk teams. Dawn’s passion and goal-oriented mentality is critical to the continued day to day success at Hyve.

Hyve Solutions Corporation is a wholly owned subsidiary of SYNNEX Corporation. SYNNEX Corporation, a business process services company, provides business-to-business services that help customers and business partners grow and enhance their customer-engagement strategies. Headquartered in Fremont, CA, and with global operations, SYNNEX is an industry leader in IT distribution and customer care outsourced services, operating in two business segments: Technology Solutions (which encompasses Hyve). SYNNEX is listed on the New York Stock Exchange (NYSE: SNX) and was ranked #130 on the 2020 Fortune 500.