In honor of Black History Month, we invite you to join us as we take a journey through the Smithsonian’s National Museum of African American History & Culture. Designated Black History Month, February, gives us the moment to pause, share, celebrate and understand the impact of black heritage and culture. I: NATIONAL MUSEUM OF AFRICAN AMERICAN HISTORY & CULTURE - 100 YEARS IN THE MAKING

Dubbed “A People’s Journey, A Nation’s Story,” the National Museum of African American History and Culture allows us to walk the path from slavery to civil rights to today’s Black Lives Matter movement. As a Smithsonian Institution, the museum was established in 2003 and opened its doors in 2016. With over 40,000 objects, and only 3,500 items on display, notables include a pair of “Middle Passage ankle shackles” which were used to restrain captives as they sailed across the Atlantic to the New World, an 1800’s weatherboard slave cabin from a plantation in South Carolina, and lunch counter stools for ‘whites only’ which were occupied during a successful sit-in at North Carolina Woolworth store in 1960.

The collection doesn’t only focus on struggle but also traces Black contributions to sports, music, art, dance, theater, television, film and the military. You can find Chuck Berry’s 1973 red Cadillac, Sammy Davis Jr.’s tap shoes and even Louis Armstrong’s Selmer trumpet (circa 1930) as you meander the museum.

Take your own, self-guided journey through the museum here.

The building that houses the museum has its own unique story. Learn more about the historic building the stand across from the Washington Monument and the significance of its architectural features here.

Watch a CBS This Morning segment on the museum as it readied to open the public. Click here to watch.

Read how John Lewis spent 16 years fighting for the museum – which became a reality. Visit here.

Enjoy an overview of the museum, it’s events and what you can expect during a virtual visit.

VIDEO: Let Hyve’s very own, Betty Jones, Quality Inspector, walk you through her experience at the Museum. Watch here.

Within the National Museum of African American History and Culture, there is an “exhibition that explores the complex story of slavery and freedom which rests at the core of our nation’s shared history.” It’s complex, and often hard to comprehend.

The museum notes: Through powerful objects and first-person accounts, visitors encounter both free and enslaved African Americans’ contributions to the making of America and explore the economic and political legacies of the making of modern slavery.

The 1619 Project is a project developed by Nikole Hannah-Jones, writers from The New York Times, and The New York Times Magazine which “aims to reframe the country’s history by placing the consequences of slavery and the contributions of black Americans at the very center of [the United States’] national narrative.” Learn more here.

Listen here: Four hundred years ago, in August 1619, a ship carrying more than 20 enslaved Africans arrived in the English colony of Virginia. No aspect of the country that would be formed here has been untouched by the 250 years of slavery that followed. Learn more through “1619” a New York Times audio series.

“The years after the Civil War were hopeful and disheartening for African Americans. With the end of slavery, they had hoped to attain full citizenship. Instead they found themselves resisting efforts to put in place a new form of oppression – segregation. In the face of the attacks, African Americans created institutions and communicates to help them survive and thrive.” Explore this era through storytelling and artifacts, the way only the museum can. Visit here.

The Legacy and Impact of Martin Luther King, Jr., “Injustice anywhere is a threat to justice everywhere. Read here.

The New Yorker hosts a story about when a journalist first met MLK Jr. Learn more. 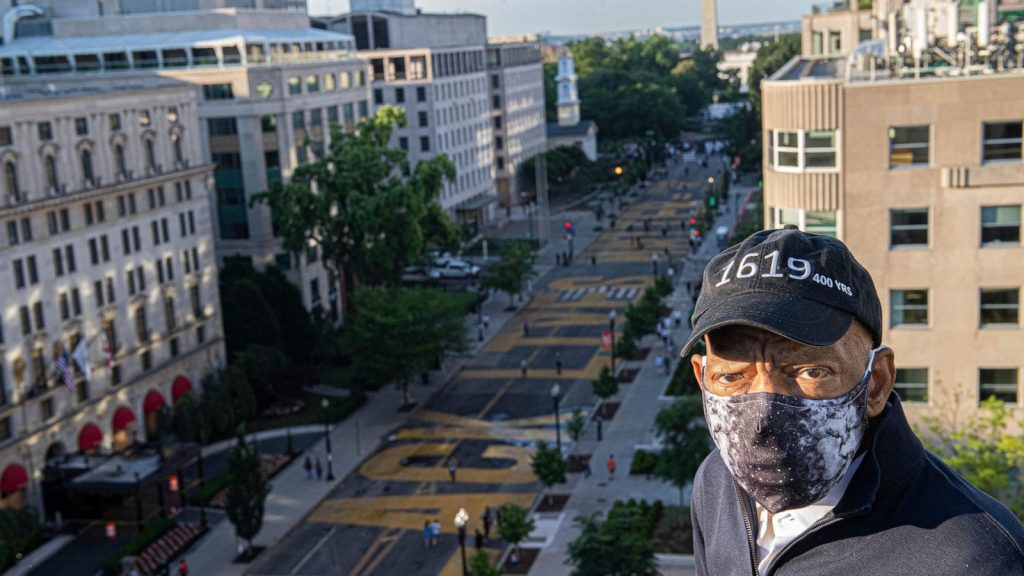 The Life and Legacy of John Lewis, the man that marched with a King. A “civil right icon who some called the “conscience of Congress.” Read why.

Born in 1940, “John Lewis rose from poverty to become a leader of the civil rights movement and was later elected to congress.” See a timeline of the life and times of of a man inspired by the work of Rev. Martin Luther King Jr.

A Changing America: 1968 and Beyond explores contemporary black life through stories about the social, economic, political, and cultural experiences of African Americans. From the death of Martin Luther King, Jr. to the second election of Barack Obama, the coverage is broad. Large scale graphics and original artifacts lead visitors from the Black Arts Movement to Hip Hop, the Black Panthers to “Yes We Can,” and Black is Beautiful to #BlackLivesMatter.

Take the journey of A Changing America. Explore here.

How Black Lives Matter went from a hashtag to a global rallying cry. Learn more.

4 Ways to Be an Ally in the Fight Against Racism. Read here.

How you can be an Ally in the Fight for Racial Justice. Learn more.

Email HyveMarketing@HyveSolutions.com to get your “I’m an Ally Sticker’.